Another road trip, another inspired post. These names are from towns and cities in my home state, Arizona. Arizona has a lot of charmingly kooky place names — Buckeye, Globe, Show Low, Surprise — but I also noticed a lot of names that are pretty trendy-popular today — like Hayden, Page, Parker and Taylor. Maybe one of these could be the next AZ-name success story? 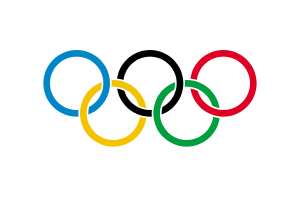 A little more from my collection of fantastic 2012 Olympic names —

Inspired by our last road trip, here are some of the more accessible names taken from towns & cities in California —

Anselmo — one of the "San-" cities, Anselmo struck me as a particularly usable choice. I've always liked Anselm, a name derived from Germanic elements meaning "god" and "protection." Saint Anselm himself was a philosopher monk who held the title of Archbishop of Cantebury. If you like Elmo, using it as a nickname might help avoid the red-puppet connotations somewhat
Atherton — suitable for a boy or a girl (actor Don Johnson has a daughter named Atherton Grace) this name might appeal to the surname-loving set. It's got Madison-vibes with a less-stale, 21st century preppie twist
Avenal — named by Spanish soldiers & explorers, Avenal means "oat field." This is one I see when we drive from Los Angeles to Sonoma, and I always wondered if it was named for someone with the surname Laneva (read it backwards). Nice to know the real meaning, though, and I think it might be a good way to use the popular "Av-" element in a less frilly way
Beaumont — Beau's a guilty pleasure of mine, for boys & girls, and I've never really thought much about its longer forms. Beauregard is nice, but a little better suited to like, a race horse. Or a sailboat. Beaumont is a bit more rugged and unexpected, plus it opens up the Monty-nickname possibility
Blythe — another one from road-trip-city. Ironically, Blythe (meaning "cheerful") is a pretty dismal place, good for 2 things: Popeye's Chicken and filling up the gas tank. Also, I think it has a Starbucks. But the name is lovely. I've met a few and it's always so nice to hear it used
Ceres — the Roman goddess of agriculture (in Greek myth, she's called Demeter), this name means "to grow"
Clarita — my favorite of the "Santa-" city names, I think Clarita deserves a closer look. Traditionally a Spanish nickname for Clara, meaning "clear," I think it has a sweet, old-lady feel without being too dusty. I can totally picture it on a baby, young girl and grown-up
Clovis — though Clarita's starting to sound fresh again, Clovis probably has a way to go. I've seen a few Clovers pop up here and there, but I think Clovis has more substance. Love that unusual, retro "-vis" ending. Not sure if I prefer this on a boy or girl, though
Colma — I actually went to high school with a girl named Colma. Here's a creepy factoid: Colma, CA has so much land dedicated to cemeteries that the dead outnumber the living by over a thousand to one. (Its town motto is "It's great to be alive in Colma!") It's the feminine form of Irish name Colm, meaning "dove"
Gilroy — okay, Clovis and Gilroy! Stay with me. They're like two guys sitting on a front porch playing banjo. I can't resist. Gilroy is known as "the garlic capital of the world," a delicious claim which prompted my husband and I to stop there for dinner once. That garlic pizza may or may not be the reason I kind of love this name ...
Indio — Indio just oozes cool. I prefer it to Indigo and Indiana, which I see on lists from time to time. Robert Downey, Jr. used it for his first son, a funny choice since Downey is also the name of a California town
Elsinore — love Shakespeare? Love California? Can't decide between Elsa and Eleanor? Then this is the name for you. It was the name of Hamlet's castle, and comes from the Danish word for "narrow strait"
Morro — this word means "pebble" in Spanish, which is sort of a sweet meaning. I think its similarity to trendy choices like Arlo and Milo could help it get some traction as a first name
Ojai — named by the Chumash indians (from a word meaning "moon"), Ojai is known as the "Shangri-la of southern California." I love that it manages to sound sharp and lyrical at the same time
Reedley — this one struck me as particularly trendy-sounding. It's not generally my thing, name-wise, but I can see lots of people being intrigued by it
Tiburon— from the Spanish word tiburón, meaning "shark." This one falls into the category of "uber-masculine nature names" like, say, Everest, Tahoe, Eagle or Falcon
Tustin — Dustin and Justin have been done to death, why not Tustin?
at 12:14 PM 4 comments:

Last Sunday night, I was watching a TV show and the villain's name —  Solomon —  stood out. I once used the name for a baddie-boy character, too, and a namer just can't resist a coincidence like that. Since then, Solomon's been on my mind. It's a name that's never made it onto my favorites list but that I've always admired, for its history, its surprising versatility and its lovely aesthetic appeal.

Solomon derives from shalom, the Hebrew word for peace —  a wonderfully simple meaning that's pretty hard to beat. The most famous Solomon was a prophet king of Israel renowned for his wisdom (baby-chopping and all) but not without his faults, who appears in both Judaic and Islamic theologies. Solomon is also used as a surname and place name, and even appears in the delightfully weird nursery rhyme "Solomon Grundy":

Solomon Grundy,
Born on a Monday,
Christened on Tuesday,
Married on Wednesday,
Took ill on Thursday,
Grew worse on Friday,
Died on Saturday,
Buried on Sunday.
That was the end,
Of Solomon Grundy.

All it would take for Solomon to become a top 100 mainstay again is a little pop-culture nudge to tip it from "specifically religious" to "weighty, yet accessible." I even think it has a little bit of the cute-old-dude-in-suspenders air, and seems right at home next to more popular favorites like Henry and Oliver. The nickname possibilities are beyond adorable (I'm thinking Solly for a little boy and Sol for a teenager) and the soft Os and L make for a refreshing sound in a boys name.

Not just for villains and kings, Solomon is definitely deserving of a spot on a few more favorites lists.
at 12:50 PM 3 comments: 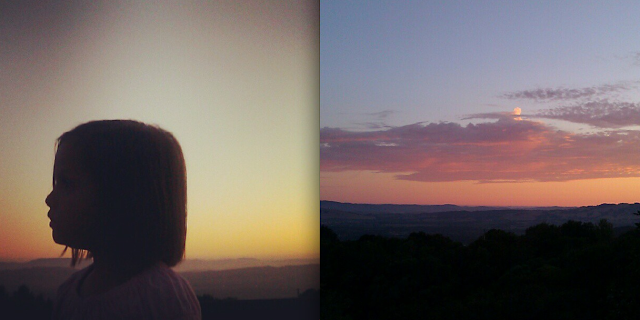 Freshly back from a quick August trip to Sonoma, I've got a good bunch of overheard names — Ottilie and I spent our mornings at the playground in the town square, and most of these were spotted there. It's funny, the difference between overheard names in Los Angeles and Sonoma really speaks to the differences of the two places. One's a city, one's a small-town, one's consumed by trends, with a razor-sharp focus on presentation, and the other's laid-back,  influenced only by that particular gorgeous, comfy northern California brand of nature.

Hope you enjoy these Sonoma-finds —

Briar — what a sweet, underused choice. It was so refreshing to hear this one. From the name of the thorny plant, it's also, technically, a princess name, belonging to Briar Rose, aka Sleeping Beauty. I can see it working just as well on a boy. This Briar had a pair of little twin sisters whose names I, unfortunately, didn't overhear. (I think one might have been Caroline, though.)
Greta — perhaps my favorite Margaret-diminutive, Greta shares its lovely meaning: "pearl"
Greylin — I thought this girl's name was some spelling of Braelyn, but luckily another parent asked her to spell it for him, so I learned that it was actually Grey, not Brae, which I'd count as a fortunate change. Reminds me a bit of Greyling, which could make a cool, unexpected middle
Ivy — another name  inspired by the Sonoma landscape? Ivy is one of the few nature names that can sound totally sophisticated in the right combo
Season — I heard this one about a thousand times, as the mom kept calling her daughter by her full first & middle names (she must be proud of her choice!) I thought using Season was so unusual that her middle name (Marie) seemed lackluster by comparison
Violet — on an older girl, maybe around 10, with heavily-tattooed young Goth-ish parents. She wore it well

Gus — wish I knew if this was short for August, or a standalone. Or, even better, for Augustus or Angus
Truman — loved hearing this one on a little blond boy, such a big, yet workable, name, and one of the fresher-sounding US-president choices
Wilder — this one seemed very LA to me, but hearing it in Sonoma made it less try-hardy
Zeke — a sweet Australian kid whose grandmother kept calling him Zekey

And a couple sibling sets I managed to catch —

Juliette & Fiona — there were 2 more girls whose names I didn't catch. I can think of a few fitting posibilities. Perhaps Genevieve or Catriona?
Greta, Vivian & Ruby — with each name in this set, I swooned harder and harder. I think Ruby was the oldest, then Vivian, then Greta. I was shocked to hear Greta twice!
Phoebe & Finn

The Olympics may be over, but the list of Olympic names has a lot more to give. Check out these beauties —

More Olympic names! More, I say! Which of these get a gold medal?